I bet you all thought I was one of the “dead people” since it has been some time since my last post. No, I can assure you that I am alive and semi-well just very busy with some editing jobs. So all of you loyal readers of my blog can now rest easy, I am here. Okay, so maybe I don’t have a whole lot of loyal fans since I this is only my sixth post, but someday, who knows.

So, I started thinking the other day about dead people. No, not about making dead people, or eating dead people, or doing anything with dead people, but rather what I would ask them if I could. You see there was a post on my Facebook page the other day with one of those questions that people like to put out there. Of course, what these people don’t realize is that when they do this I think about the question for all those long, lonely hours driving around my little part of the world. In fact, sometimes, I think about these questions more than about what I am doing and that leads to missed exits, runned red lights (somehow I don’t think runned red lights is correct, ran red lights?) and other mishaps while driving. Anyway, where was I? 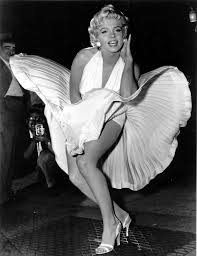 Yes, the question was “If you could talk to any dead person and ask them one question, who and what would you ask?” The problem I had is when I would come up with anyone name and question who I thought would be the best, I would then come up with another. Here is my list of who and what I would ask them, in no particular order, but possibly with a political bent:

That’s it for now, although I am sure as I drive around tomorrow I will think of some more. How about you?

View all posts by Paul Roy

Something You Should Know

You will see links to Amazon products on this website and in my posts. I am an Amazon Associate and I earn a commision from these if you purchase them using the link.

In addtion, there are some ads placed here by WordPress. Having no control over these I may or may not endorse these products or causes.

Thank you for your support

Who remembers this beer? And what would happen after you drank to many? #oldsigns
Yesterday afternoon on the Wachusett Aqueduct. I495 in the background proving beauty can be and is anywhere
%d bloggers like this: